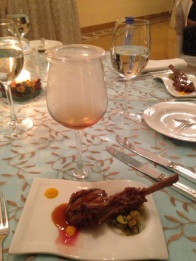 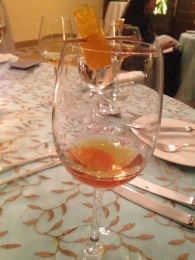 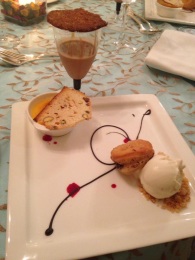 At lunch time, my friend Sandeep, knowing very well my love for Bangla cuisine, asked me if I would be interested in Anda Tadka, a dish I had heard many a times but never got an opportunity to taste. My answer was an instant yes. He asked his driver to go to a particular dhaba to fetch it and immediately called up the place to place the order and that his driver was on his way.

The piping hot dish opened by Sandeep with a twinkle in his eye was a Kali Dal with a dash of egg in it.  The visual appeal was not so great but my curiosity to taste did not allow me much time to admire the looks. The dal was just ordinary dal whose Flavours were enhanced by the egg in it. The egg gave a texture and that binding to the whole dish, though as per my standards and knowing Kolkatta too, the dal had a thick consistency as against Bengalis’ liking of a watery consistency. Eating it with a rumali roti  and a basic condiment of onion rounders sprinkled with chaat masala and lemon was a treat. The cooked egg coupled with the basic spices lifted the entire dish to a different level. A non-vegetarian version of a dal, typical of West Bengal, a poor man’s non-veg in older days. A call later to the restaurant informed me that the tadka for the boiled dal is prepared in a normal way with onions, garlic, ginger and spices and while adding it to the dal an egg is broken on top of it and mixed over the flame. A simple yet flavorful outcome.

If given a choice, I would like to keep the consistency a little runny.

Having had a good meal an intense two different meetings followed which went on till about 7 30 in the evening.  Now I needed to go to the hotel. Checked into the legendary  Grand Oberoi in Chowrangee and was in for a surprise.

No sooner I stepped into my room, got two calls in a row. First from Sandeep, who was still at the hotel as was to attend a show asking me to come down immediately and join him. Second from the front desk to join a session on ” Tasting American Whiskies” in the hotel. The invitation was tempting enough to make me join Sandeep in no time and was fortunate enough to land in just in timeworn the session to begin.

The facilitator was  the popular first woman bartender, TV Host, the amazing Shatbi Basu.  The aura she created with her mannerism and  great communication skills, set the tone for looking forward to an exciting evening. She dwelled at length on why it doesn’t matter even if it was not an aged scotch. Why do you need to drink the same whisky or whiskey every time ? Why do you need to drink a minimum of 12 years aged one? Why do you need to add soda or water or only lots of ice to your daily poison? She said, at the end we drink to enjoy and enjoyment can’t have ifs and buts  enjoy the way you like it but try and explore American Whiskeys ( that’s how the Americans spell their produce to differentiate it from scotch whisky which is produced in Scotland)  too

The romantic exploration which followed of various versions of Jim Beam, Jack Daniel, Makers Mark and others was an experience in itself. A basic technique to splash few drops on your palm and a few light claps released a bouquet of aromas on your palm. Jim Beam released oaky wood coupled with sweetness of brown sugar, pepper and others.  Various concoctions which followed comprised whiskey with pomegranate, chocolate, sugar and spice did wonders to us. Even the humble Aam Papad found its way in a drink.   Each introduction of whisky was paired with an amazing and exotic food. The drinks were paired with scallops, prawn dim sums, bacon rolled prunes, lamb chop……oh it was mind blowing. The wrap up was with an amazing dessert…..of course a drink and eats….

A brief interaction with Shatbi at the end made me say to her,” thank you for initiating my romance with American Whiskeys “.

I have talked enough now let the pictures talk.

1 comment on “Anda Tadka & Romance With Whiskey in Kolkatta”