Of all the things, bitters ? Is it sheer madness, snobbish or a liking for that taste ? 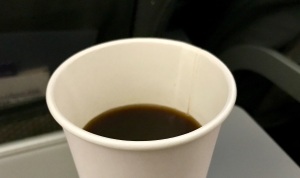 Well, to start with, let me confess that I had, long back, developed a liking for strong coffee and that eventually graduated into preference for the black brew. In my college days, I came across a term called “Cona Coffee”.  It was a black coffee, not very bitter but had a lot of aroma. I was told that The Embassy in Connaught Place served it. So, I went there tasted and hooked on to it, forever. Even today, if I get a chance to go, I would (though haven’t gone there for quite a few years now). Besides the coffee, I loved the way they used to serve it. The waiter would bring it in a borosil kettle which had a weird stand attached to it, perhaps to help in brewing. They would pour your coffee and then leave it on your table, with the kettle sitting on that stand,  for refills later.

Then came the era of Cafe Coffee Day (late 90s)  and I distinctly remember that their outlet at the Delhi Airport (old building) used to serve “Kenyan Coffee”. That ‘was’ (unfortunately they have discontinued it) a strong coffee served with milk. The flavour and aroma was so strong that even after hours of having , its taste and aroma lingered on like a cigar and you could actually enjoy it for long. I used to love it. 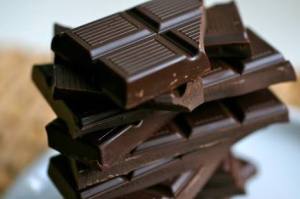 Similarly, I was introduced to Dark Chocolates (bournville is my favorite these days) and some really really bitter ones are a delight to have. Whenever one goes abroad and shops at local stores, bitter chocolate is a must to bring back and enjoyed. It is said the bitter chocolate is good for heart. Then there is another bitter which I love. One day I was offered Dark Beer and I fell in love with it. These days, Murphy, an Irish Strout is my favorite. 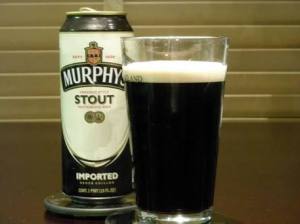 A dark colored Beer resembling a coke with a pale white froth over it.  This too is dark, fizzy and with a body. Actually enjoyable when served chilled. At first, you may not like it but after few sips, you start enjoying the taste and its fullness and freshness. Again, it is an acquired taste. The aroma is very rich and so is its body. The looks are attractive and so is the taste.

Let me now come to the main bitters of the story today.

Many years ago, maybe early 90s, I was part of a delegation to attend a ceremony at the residence of the British High Commissioner in Delhi. After the function, drinks were served, and a huge variety. In those days,  I used to relish only beer, so I stuck to that.  A friend of mine fell for a bright red drink (looking like roohafza sharbet) and grabbed it.  We all became curious and asked him that what was it. His sheepish answer was that since it looked the most attractive he got greedy to grab it, not really knowing what was it and how it tasted.  Much later, he confessed that he didn’t like it   for despite the great looks, it was too bitter.  This did raise my curiosity about the drink but somehow couldn’t explore about it (those were not the days of google).

Some years later, in a party, a friend oferred me a similar looking drink and 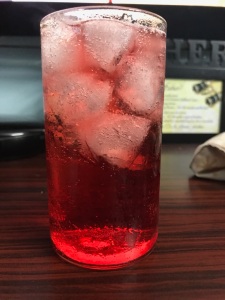 introduced it as Campari, served with soda.  Since then, there is no looking back. I fell in love with it and enjoy it as and when I can lay my hands on it.  Surprisingly, it is still not very common for people in India to buy or order to relish Campari.  Chef Sanjay Pawar says that I have a strange palate because not many people like Campari, for it is bitter in taste and actually, very bitter.  Let’s then talk of Campari, my favorite, and how it is served.

Search on Wikipedia says, “Campari is an alcoholic liqueur, considered an apéritif, obtained from the infusion of herbs and fruit (including chinotto and cascarilla) in alcohol and water. It is a bitter characterised by its dark red colour.Campari is often used in cocktails and is commonly served with soda water or citrus juice. It is produced by the Alfredo Campari Group, a multi-national company based in Italy”.  The concoction is the exclusive preserve of the company and is only produced by them. 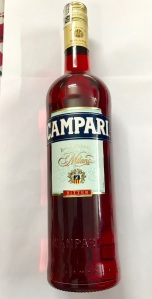 A glass of Campari may smell like a bitter but it’s taste is a combination of Bitter, Spicy and Sweet. The bitterness is like orange rinds. Though the bitterness is strong, at the start and again at the finish, on a close experience one would also find hints of sweet cherry, orange and is a bit spicy.  The longer you roll it over your palate, the more apparent the sweetness becomes but the bitter persists. One needs patience and sensitive palate and love for bitters to experience the flavour.

Now, after this lecture on Campari, the question is how to have it or serve it?  Though, the company website and the google search throws a variety of recipes, however, if you love your bitters, it is best to have it with Soda and ice.

However, there are more than one ways to enjoy Campari.

Campari cocktail called Americano is made with one part Campari, one part Red Vermouth, topped up with soda and ice. An orange slice or a lemon peel is added for enhancing the flavour.  Negroni is served by mixing one part each of Campari, Gin and Red Vermouth and poured on the rocks in a glass full of ice.  One may add a slice of orange.  Like Campari Soda mix, Campari also taken with tonic water wherein one part Campari is mixed with three parts of tonic water.  Chef Sanjay Pawar’s mixing recommendation (have tried it too) is one part Campari, three parts orange juice poured over a glass full of crushed ice and then topped up with a splash of club soda and garnished with a slice of orange.  Whichever way you take, it is a bitter to be enjoyed.

Recently, I have added a twist to the basic recipe of Campari Soda drink. I used a long glass full of ice cubes and poured 60 ml of Campari over it.  Then I used lime flavored diet soda, instead of club soda, to top up with a slice of lime in it. What came out was a complex bitter flavour which was supported by the sweetness and citrus of the flavoured Soda.  The drink when sipped started tasted bitter with a mild sweetness and then finishes with bitterness on the palate. The citrus of lime provided the edge to the taste an the fizz of Soda played with the flavours.

I love its color and enjoy its taste.  It’s different and classy.  You may try your own mixing combinations. It surely is fun…have recently tried another bitter and shall share it some other time.  Till such time, try Campari !!

0 comments on “Do You Love Your Bitters ?”