Delhi / NCR swears by its craze for Chhole Bhature. Social Media and particularly the Food Sites are all abuzz with recommendations and evaluation of scores of outlets offering this local delicacy (someone has asked me to publish a list of my preferred CBs outlets which I shall shortly do). Second in the race, comes Stuffed Naans and Amritsari Kulcha. So, leaving aside the Naan race, today, let’s focus on Amritsari Kulcha available in Delhi / NCR and how close are these to the Amritsari version.

First let us see, what is a Kulcha and then what is an Amritsari Kulcha ?

Amongst various definitions available online, it is deduced that Kulcha is a mildly leavened flatbread, the dough of which is kneaded using milk or yoghurt. It is then baked in a Tandoor / oven. This comes out as a fluffy bread and sometimes resembles a Naan / Parantha. This can be eaten with dry Chhole or any curry.

Amritsari Kulcha, again is a mildly leavened flat bread. The dough is again kneaded with milk or yoghurt. However, unlike a normal Kulcha, it has a filling or Aloo or other variations, has various layers (normally 8) while rolling and is baked to crispness in a Tandoor. This, before serving, is lavishly smeared with Ghee / Butter and is eaten with Chhole which have a watery consistency.

So, my search for an authentic Amritsari Kulcha took me to various outlets claiming to be serving the real one. However, the following three outlets came out as my personal best, though not exactly in the order of merit as they appear below. 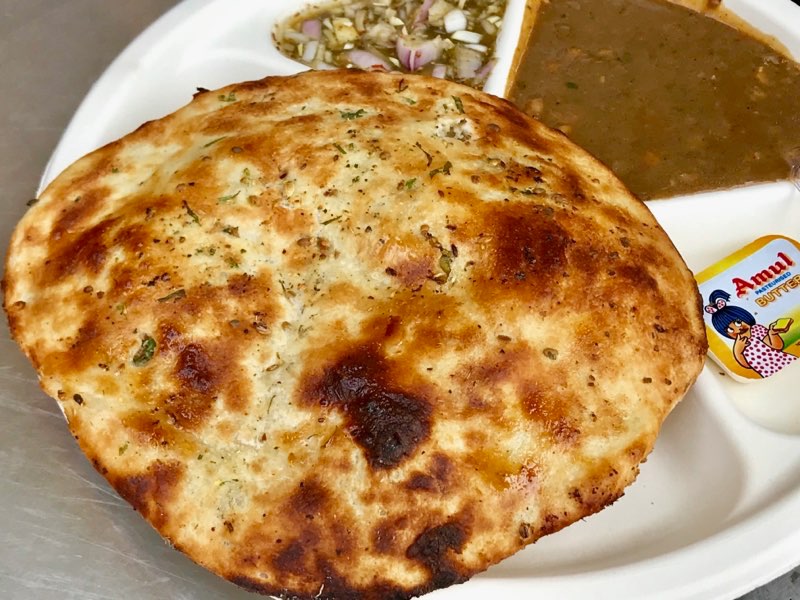 This is relatively a new kid in the neighbourhood and has picked up the popularity very fast. The place is famous for its Chhole Bhature, Kulche Chhole and of course Amritsari Kulcha. Once it landed on our makeshift table kept outside the outlet, the golden hues, its freshness and the size conquered, instantly.  For, it was Crispy, Flaky, 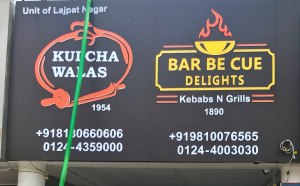 Super Tasty with melt-in-mouth flavourful Punjabi Chhole and watery Chutney. This crispy outside-soft inside Kulcha with a helping of butter rubbed on it was a delight to deavour. The watery chutney when mixed with the Chhole takes the taste to a different level. I had written about it on my Social Media accounts. The FB link is here: https://www.facebook.com/100000052014159/posts/2133323923345987/ 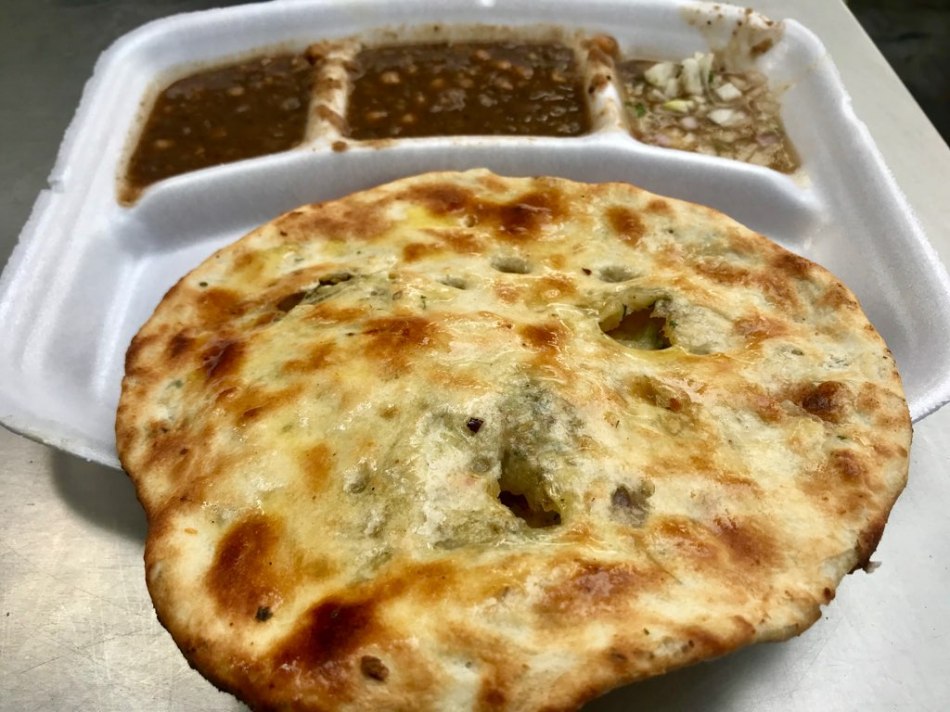 This outlet has been there for quite a while. Nested in a corner, diagnolly across the famous Pakore Wala, this outlets claims to be an offshoot of the original one in Amritsar. They offer few variations but I stuck to the original version of “Mix Kulcha” having a filling of Aloo, Gobhi and others. The Kulcha which came, again on a makeshift table kept outside the outlet, was had a glaze of the lavish amount of 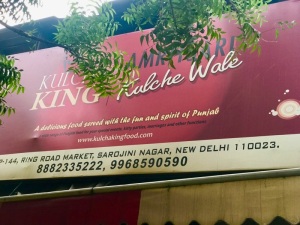 butter on it. The round circle was big sized, crispy and with golden hues. Rightly, it gave the creaking sound while breaking and while chewing. I found the Kulcha to be quite flavourful but still lacked a bit. Chhole were a bit watery and gave a dominant after taste of badi illiachi. The Chutney as usual was watery with chopped onions in it. I felt the Kulcha was good but found the Chhole to be average as fas as the Amritsari version goes. The place is not bad for an experience, though. One would like it. 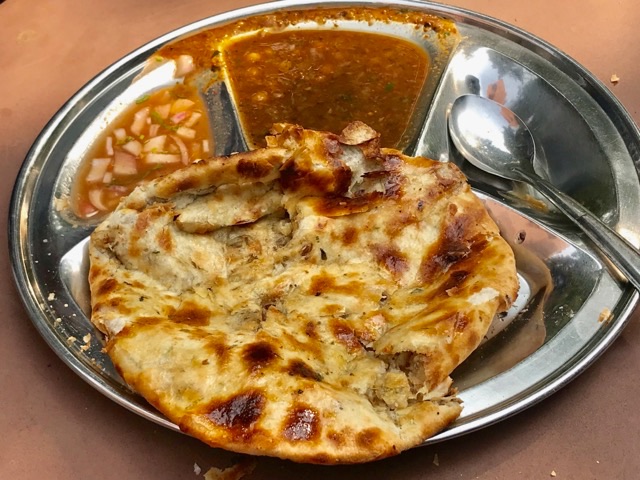 This outlet again, has been around for a while. Situated in the back lane of the famous Hanuman Mandir in Connaught Place and in a diagnolly opposite lane of Bangla Sahib Gurudwara, has a set following. The outlet is nested in a small set of shops which has set up few makeshift tables outside it. Naturally, we ordered the original “Mix Kulcha” although they too have few variations. What we got was, as expected, a big sized golden Kulcha, smeare with butter and crushed in front of your eyes, before serving. It gave out the earthy aroma which is enough of an invitation to 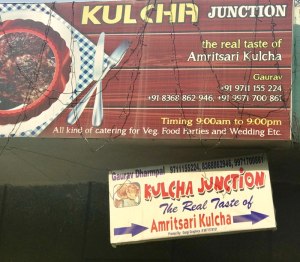 attack without waiting. The breaking of the first morsel gave you the familiar creaking sound and the first bite in the mouth again gave you the sound. The crispy outside and soft inside Kulcha had very flavourful fillings. The Kulcha had a predominant taste of Jeera and other masalas. Chhole were with a runny consistency and were ful of flavours of punjabi masalas and kali mirch (black pepper) in particular. I am told, they have recently opened a branch in Paschim Vihar, though I have not yet visited it.

Well, personally, I liked the Kulcha at the Kulchawalas in Gurgaon followed by the Kulcha in Sarojini Nagar, Kulcha King. The show stopper, for me, remained the Kulcha Junction in Connaught Place where both Kulcha and the Chhole were outstanding. The other two might score on the looks though.

Do you have your personal favourite for an Authentic Amritsari Kulcha ? Do let me know. Would be happy to update this list.

0 comments on “Amritsari Kulcha : How Authentic It Gets In Delhi / NCR ?”